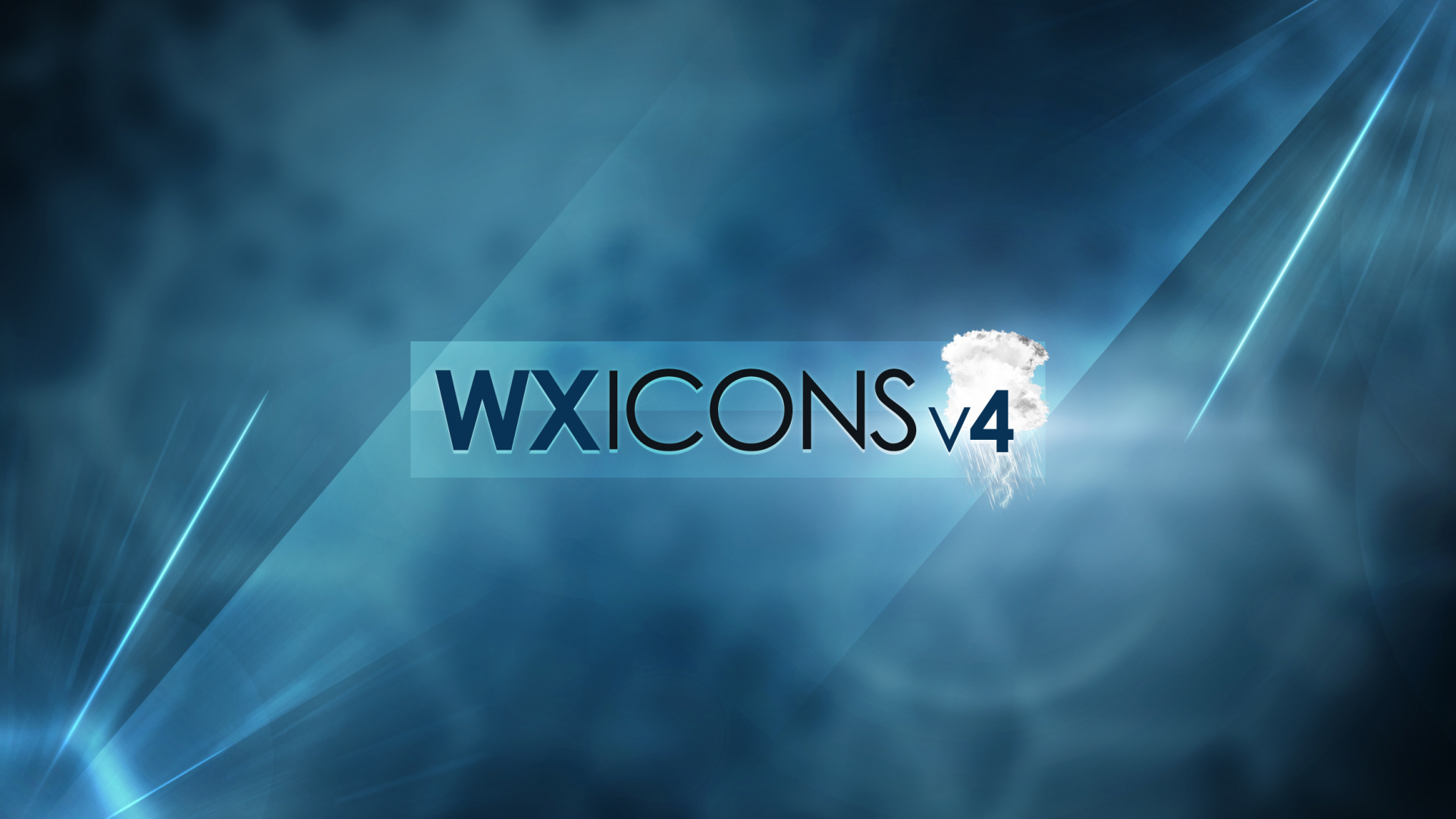 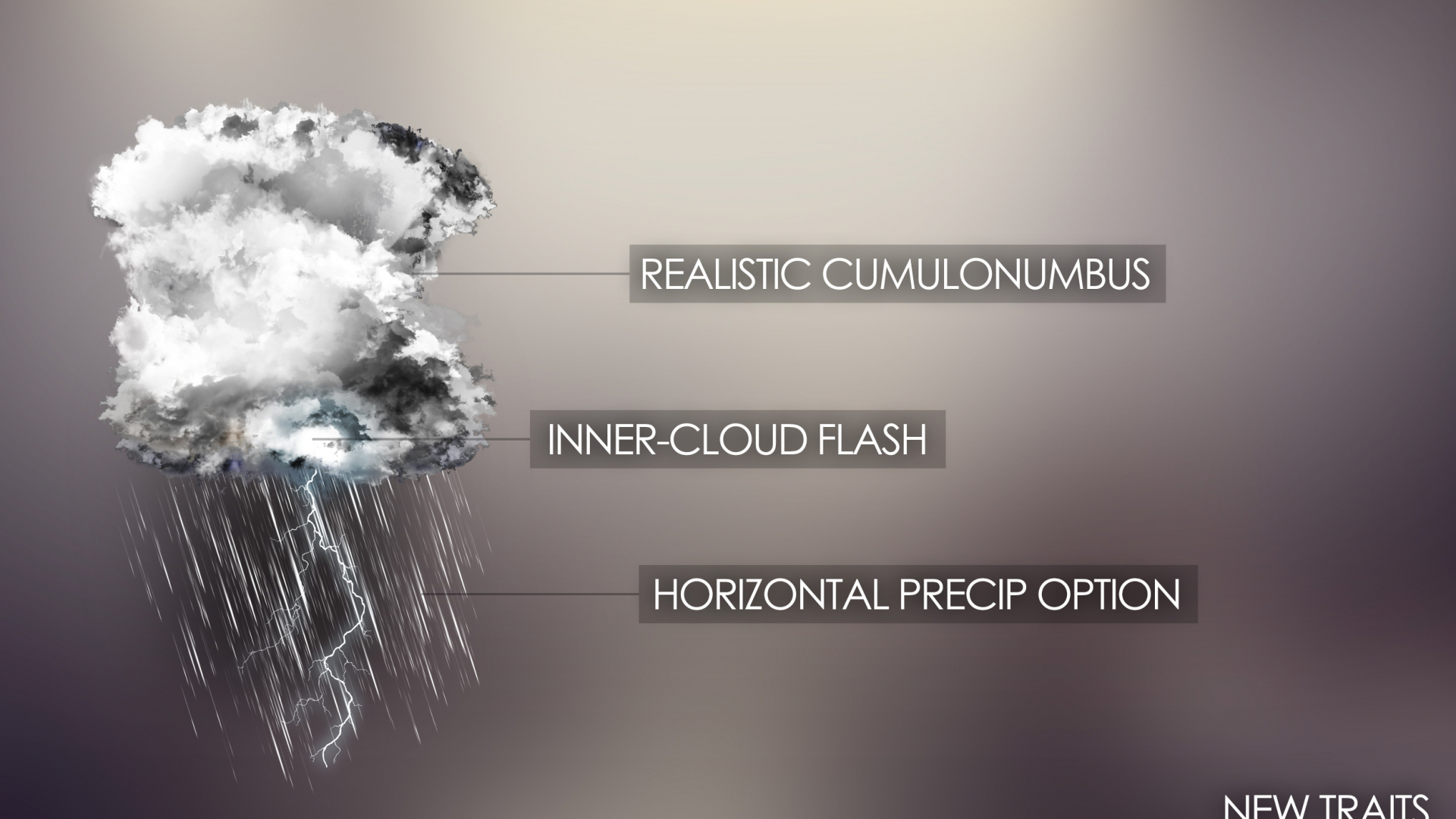 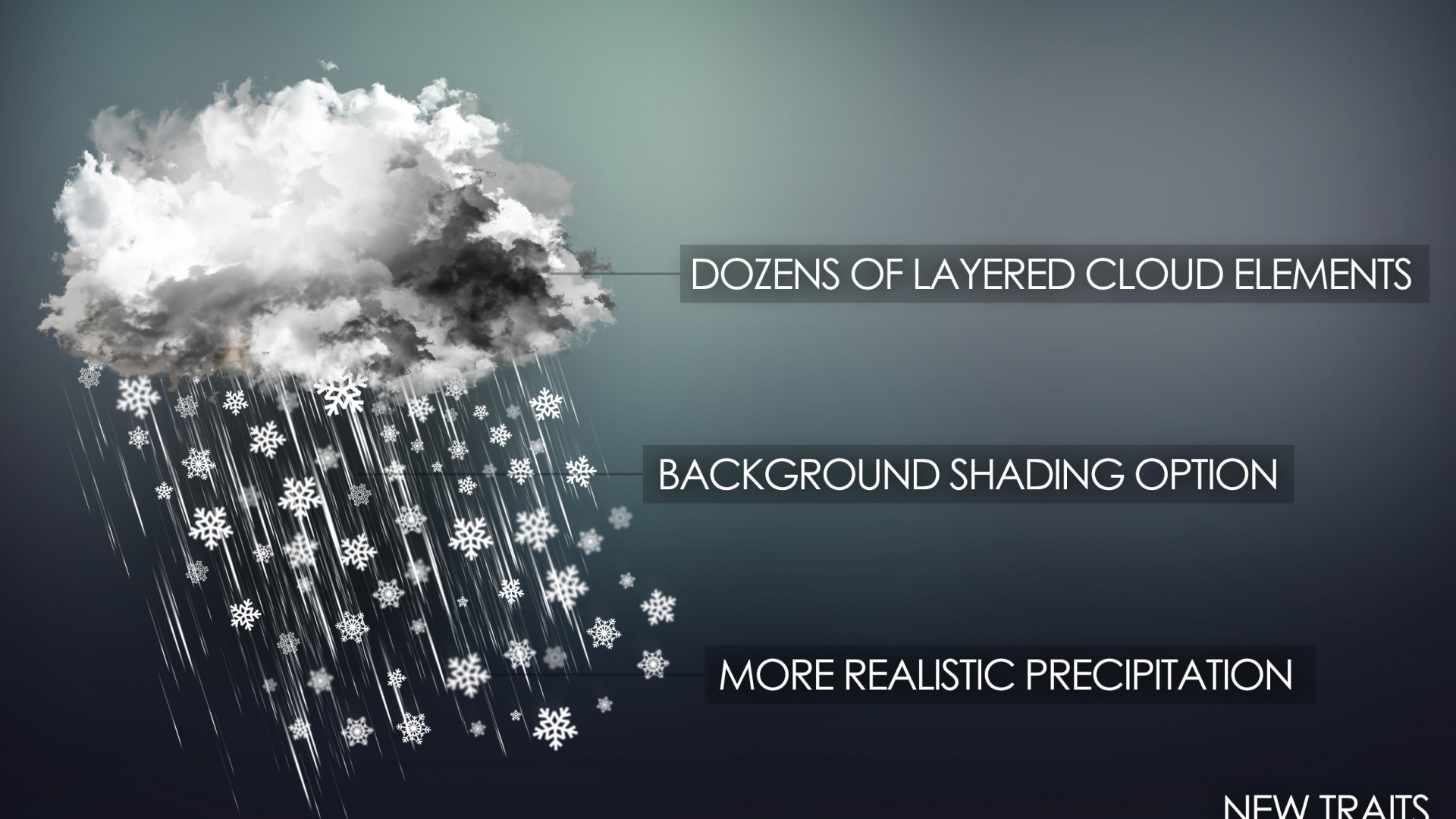 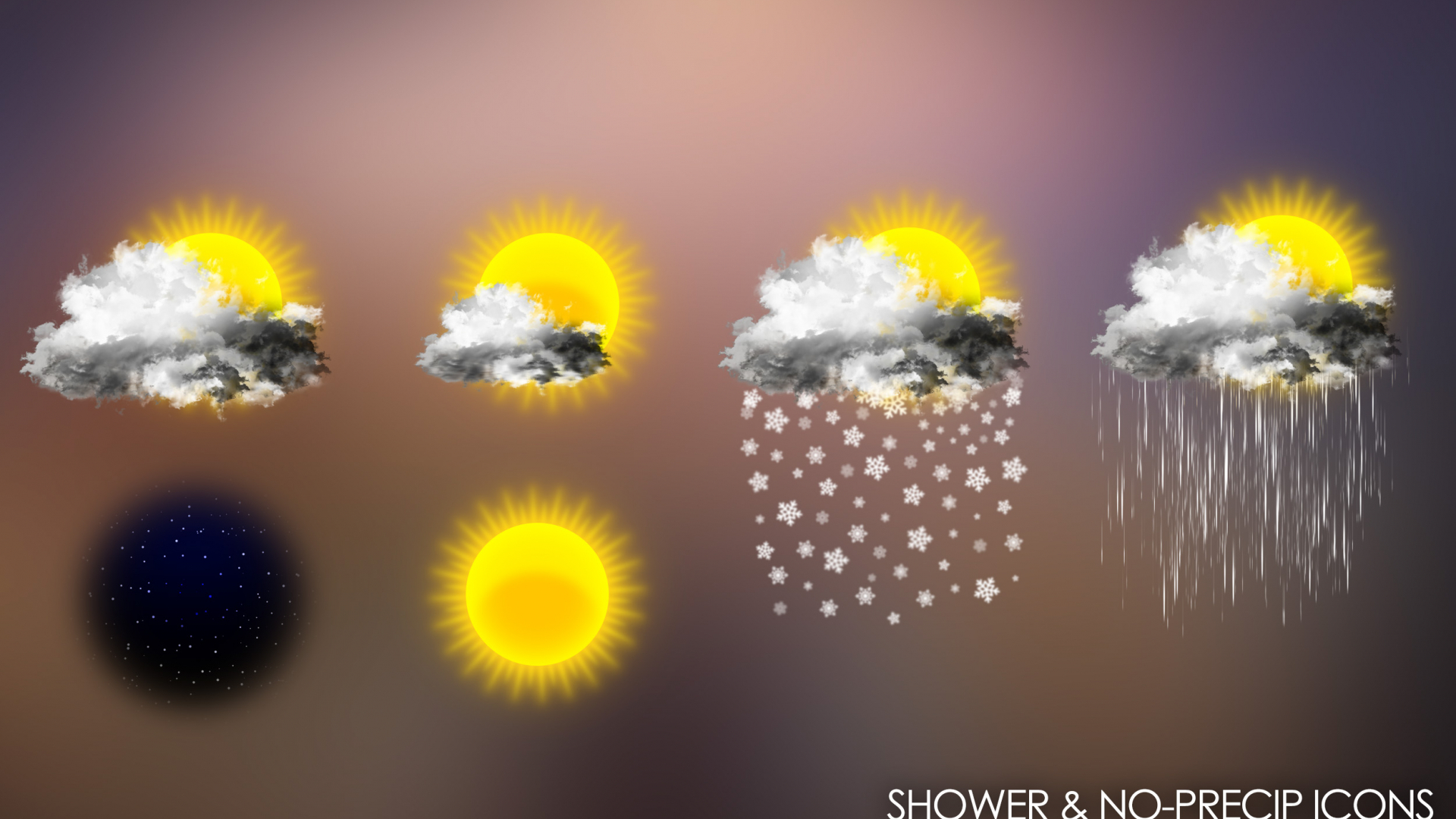 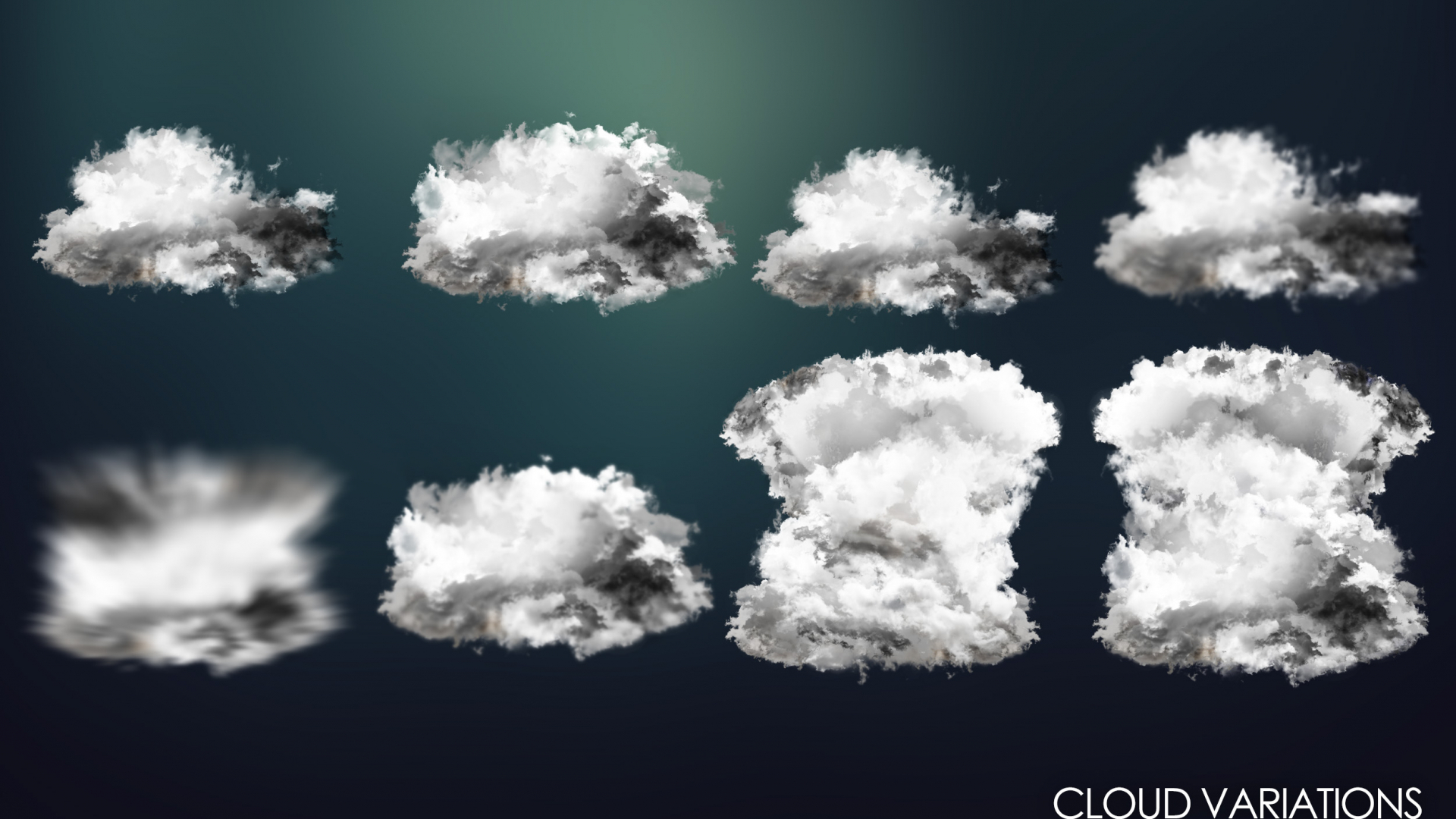 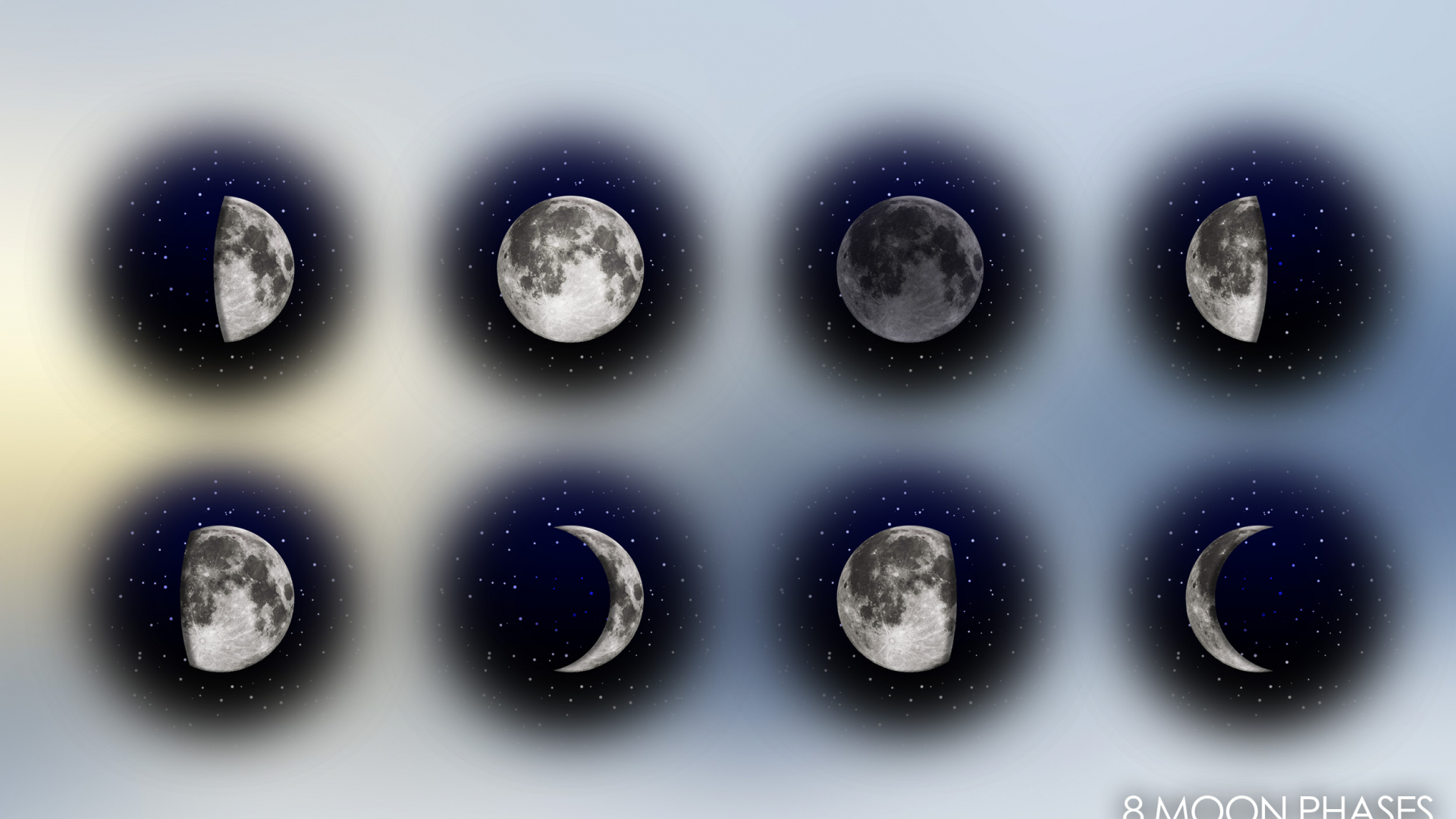 
I’ve strived over the years to design the highest quality content I can and provide the community. Weather icons are perhaps the most-used product when it comes to weather related design right alongside forecast templates, which I have a huge and ever-growing collection of.

Over the last five years, I’ve released a line of weather icons that has seen massive improvement over each-other, and with the fourth generation, I strived to create the most realistic, high-contast icons possible by my hand. Here you have WxIcons 4 — 2015’s set of weather icons with a huge emphasis on attention to detail, with hundreds of layers of weather elements involved in their design has built up to.

WxIcons 4 contains a total of 107 icons in .PNG format, compared to 68 in the previous set. Each icon is built on a 2500×3500 pixel canvas at 300 DPI, thus they’re very high resolution and versatile to very large projects. With the precipitation icons, there’s two main variations and another two variation subsets. The primary, fully-layered Photoshop document is also included, as always. This unleashes even more customization potential.

One variation pack includes background shading, which is basically a medium opacity black shade to help bring out the rain & snow particles. The other variation pack doesn’t have this black shading. The subset to each of these variations has the sun partially peaking out, in case you don’t want solid cloud cover and precipitation. 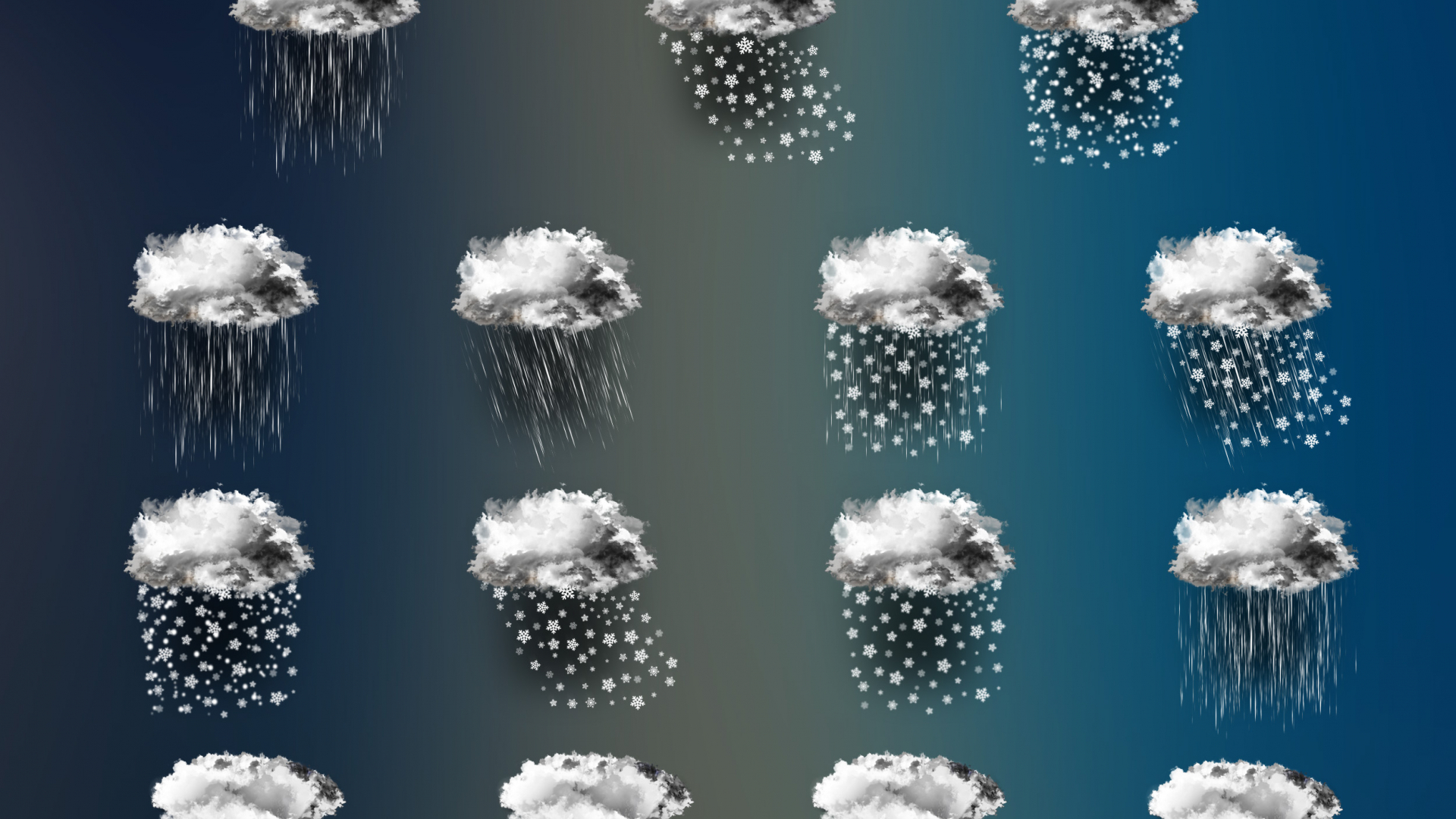 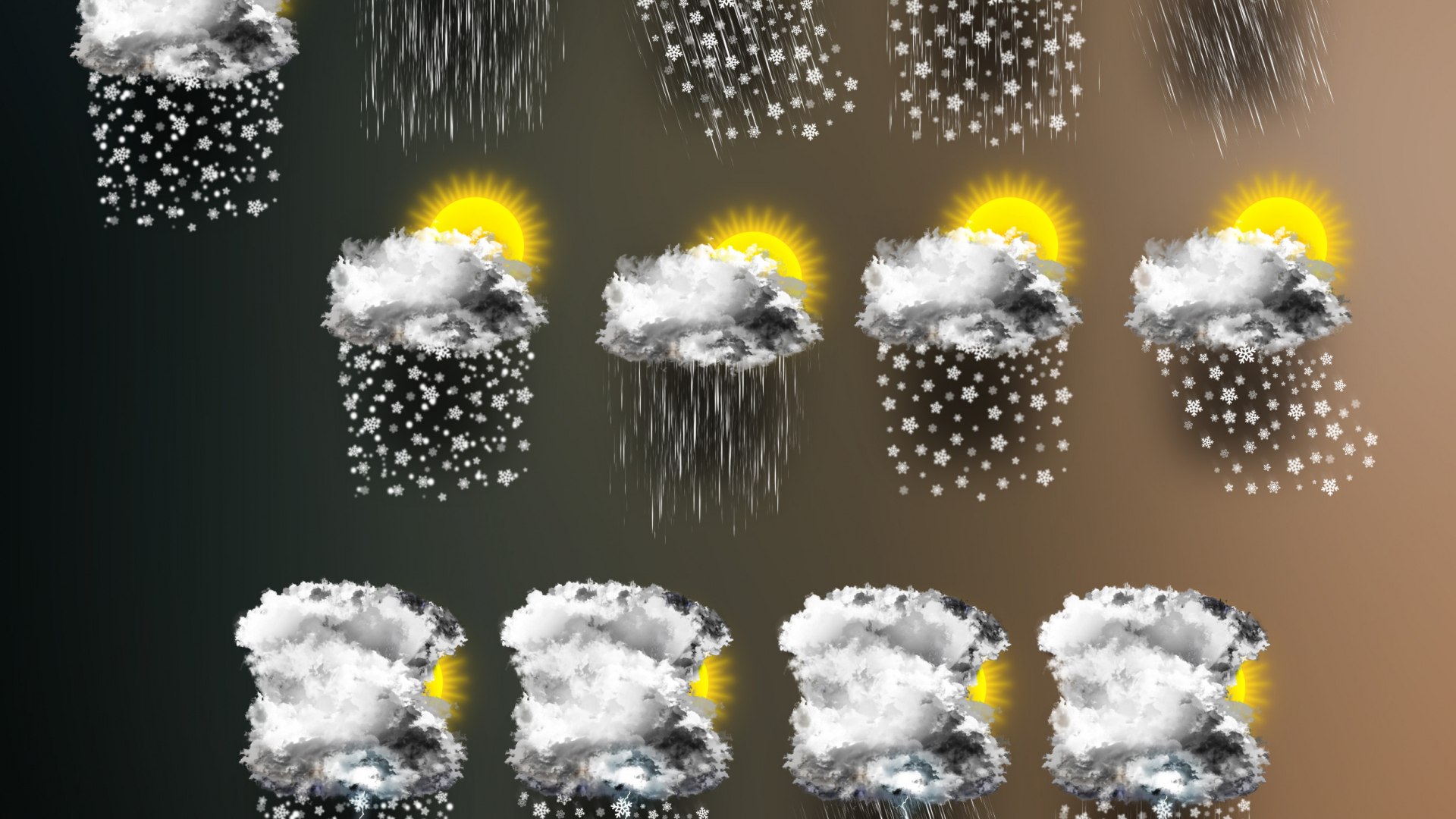 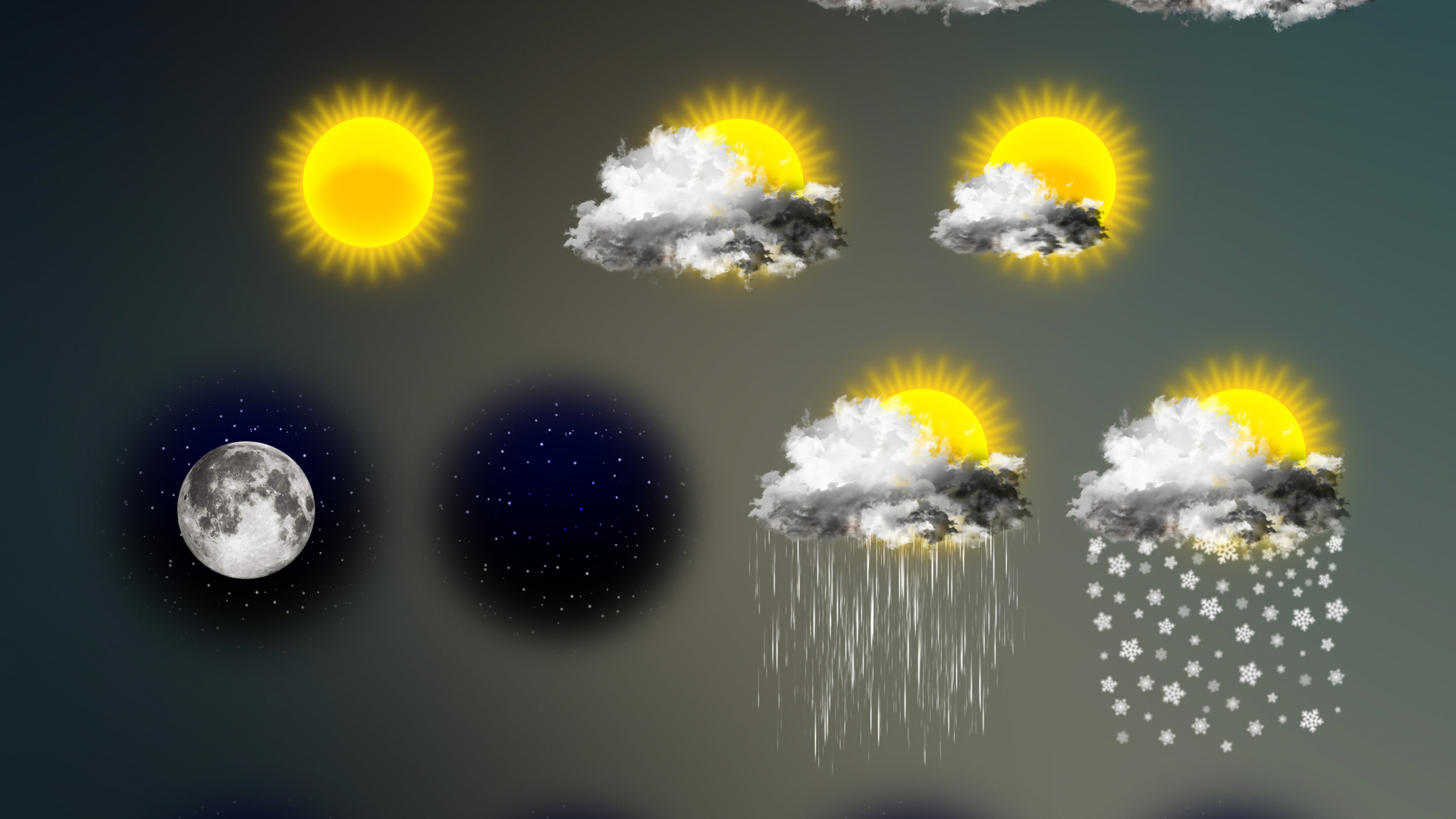